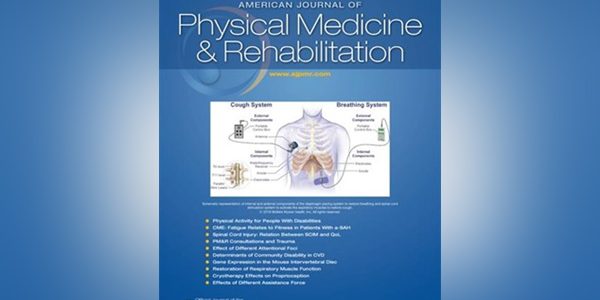 The cover of the January 2019 issue of the American Journal of Physical Medicine and Rehabilitation features an article entitled “Complete restoration of respiratory muscle function in three subjects with spinal cord injury.”

The diaphragm pacing was successful in maintaining three patients off of mechanical ventilation. The coughing system demonstrated peak expiratory airflow and pressures comparable to normal cough. Subjects reported much greater ease in raising secretion with the coughing function, which is critical in reducing the risk of respiratory infections and other pulmonary complications in the spinal cord injured population.