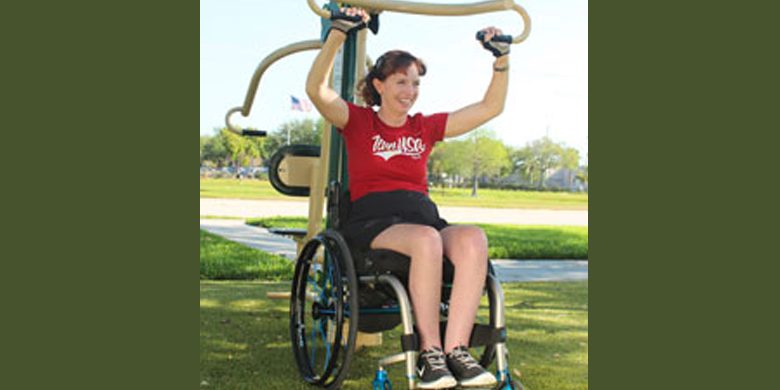 Imagine enjoying a sunny day on the slopes, sliding down the side of a mountain on your snowboard. One moment you’re feeling free and in control – the next, you’ve hit a patch of ice and careened into a stand of trees. That’s the last thing entrepreneur, paralympian and quadriplegic Jennifer French remembers before waking in a hospital bed to learn she’d suffered a severe spinal-cord injury. “At that point, your life just stops,” French says – but only for a time. Today, French is a role model to thousands of people of all ability levels, from her Olympic sailing fans to the folks she trains with at her neighborhood park’s adaptive outdoor gym.

In 1998, when French worked for one of the many dot-com startup companies that fed the tech boom, her motto was “work hard, play hard.” Her company had just gone public, and to celebrate, “Two dozen of us rented this slope-side house for the weekend to snowboard and have fun,” French says. This type of fast-paced recreation was a big part of French’s life. She and her then-boyfriend, now her husband, frequently went wind surfing and boating up the coast of New England, where the pair lived at the time. But, after her accident, French’s active pursuits were put on hold in favor of mastering tasks she previously took for granted. “You have to relearn everything,” she says.