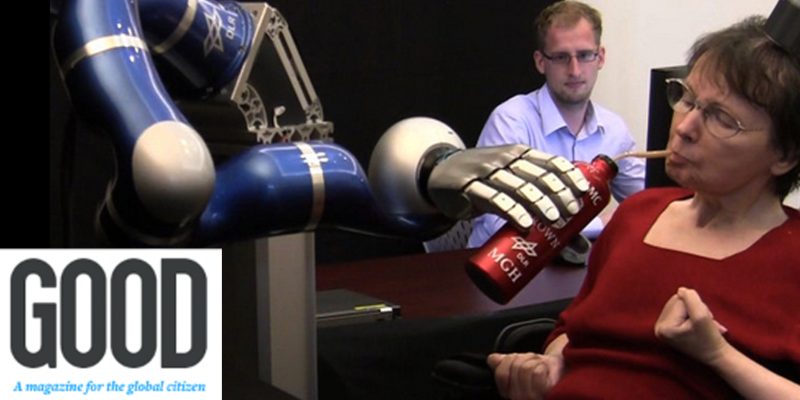 Thought is many things—a jumble of ideas, feelings, and words—but in our daily lives, its primary purpose is to relay neural information to move our bodies through space. For people living with paralysis, that particular purpose is lost. But as a team of neuroscientists, physicians, and engineers working in the multi-institutional research collaboration BrainGate (now known as BrainGate2) has discovered, when these patients think about or imagine moving, their brains still fire in the same way. By relaying this neuroactivity to a computer program designed to interpret it, patients are able to alter and move the world around them with their minds.

Initially, the team focused on overcoming neural disconnects in order to translate thought into movement. In early trials, patients had a tiny sensor about the size of a baby aspirin implanted in their motor cortex, the part of the brain that controls body movement. Instead of neural activity firing muscles as it once did, through communication between the implanted sensor and a computer that decoded neural activity, patients could mentally control a computer cursor to open emails or play a simple video game. As the technology evolved, patients began to control more complex movements, like guiding a prosthetic robotic arm.