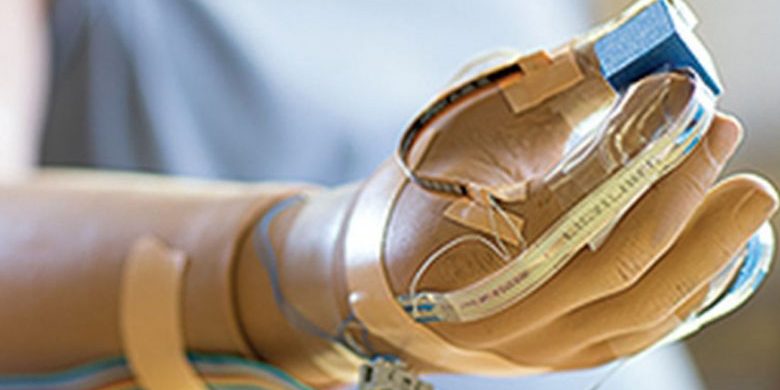 One problem with most prosthetic hands, is that they don’t give the user any sense of touch. This makes it almost impossible to know how much force to use when trying to hold or manipulate something. Don’t squeeze hard enough and the object might fall out of your hand, but squeeze too hard and you might crush it.

The solution is this new hand developed by researchers at the Cleveland Veterans Affairs Medical Center and Case Western Reserve University, which has 20 embedded sensors that are connected directly to the nerve bundles in the user’s arm. These allow the user to regain the sense of feeling that is so critical in how we handle objects.