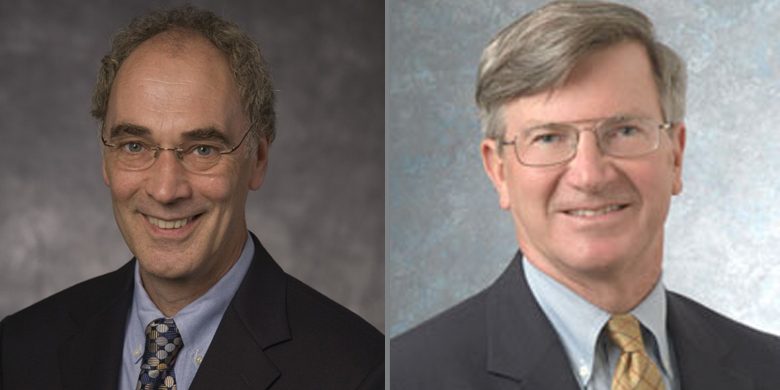 Two Case Western Reserve University scientists who are leaders in innovation and turning discoveries into improvements in health, new materials and more have been named Fellows of the National Academy of Inventors (NAI).

Robert H. Miller, professor of neurosciences and the university’s vice president for research, and P. Hunter Peckham, the Donnell Institute Professor of biomedical engineering and orthopedics and founder of the Cleveland Functional Electrical Stimulation Center, are among 143 researchers from 94 universities and governmental and non-profit research institutes to receive the honor.

Election to Fellow status is a professional distinction accorded to academic inventors who have demonstrated a prolific spirit of innovation in creating or facilitating outstanding inventions that have made a tangible impact on quality of life, economic development and the welfare of society. Combined, these fellows hold more than 5,600 United States patents.