This Artificial Hand Gives Wearers a Sense of Touch 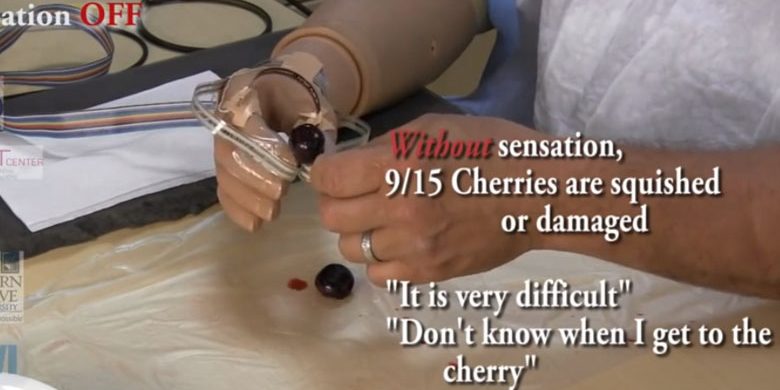 Artificial limb technology has seemingly languished for a long time in the land of primitive pink plastic prosthetics, but a new development could change that. Researchers have produced an artificial hand that can convey real touch sensations from the fake fingers back to the nervous system of the wearer.

The system, developed at Cleveland Veterans Affairs Medical Center and Case Western Reserve University, works by directly stimulating the nerves in the patient, similarly to some other modern prosthetic technology, like cochlear ear implants.

The implants react to force sensors in the artificial hand’s fingers and then send signals back to the user–who, with practice, can interpret those signals in much the same way the brain would read touch signals from flesh and bone fingers. Human test subjects have been able to tolerate the implants for 18 months without seeing a degradation in performance. This tech could easily transform the lives of people missing limbs by allowing a wearer to perform really delicate tasks.